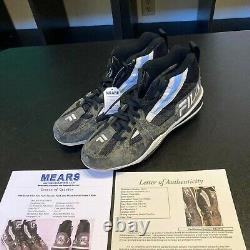 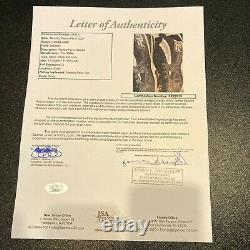 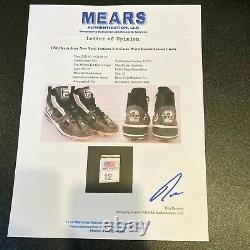 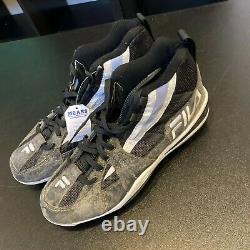 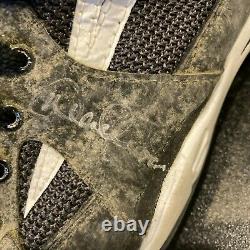 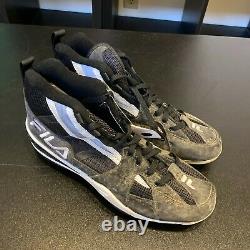 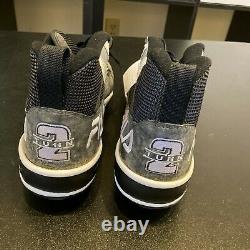 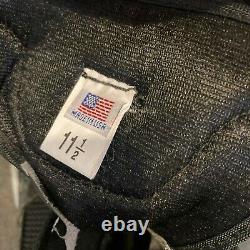 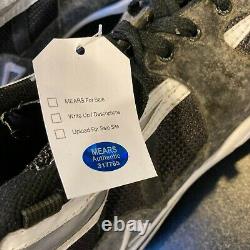 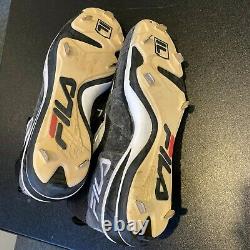 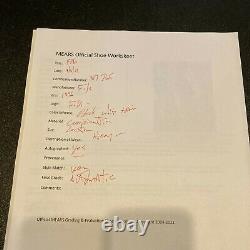 Pair of Derek Jeter game-used cleats dating from 1996, the rookie year in his illustrious career as a central figure in the New York Yankees dynasty of the late 1990s and early 2000s. Jeter, who was named Yankees captain in 2003, is universally regarded as the greatest shortstop in team history. A ten-time All Star, his numerous achievements include the 1996 Rookie of the Year Award, the 2000 All-Star Game and World Series MVP Awards (the first time a player has won both awards in the same season), five Gold Glove Awards, five Silver Slugger Awards, and, of course, five World Championships over the course of his twenty seasons. In 2009 he surpassed Lou Gehrig as the team's all-time hit leader and finished his career with 3,465 hits (sixth best all time). He was elected to the Baseball Hall of Fame in 2020. The offered pair of FILA cleats (size 11.5 and 12; Jeter is known to wear two different shoe sizes), which Jeter sported prior to switching to Nike, show heavy wear and use, indicative of Jeter's no-holds-barred style of play. They display a moderate coating of dirt and light fraying to the emblems. The logo of Jeter's Turn 2 Foundation is positioned on each heel as well. Jeter has autographed the side of each cleat in silver marker. An outstanding pair of early game-used cleats that would be a worthy addition to any Derek Jeter collection. Comes with Full LOA from MEARS.

Comes with full letter JSA COA. We offer the finest in Sports Memorabilia and autographs. This item is in the category "Sports Mem, Cards & Fan Shop\Game Used Memorabilia\Baseball-MLB\Other MLB Game Used Mem". The seller is "showpiecessports" and is located in this country: US.

This item can be shipped to United States, Canada.