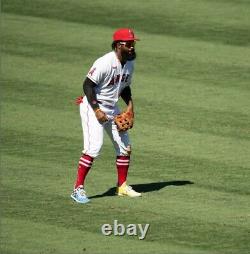 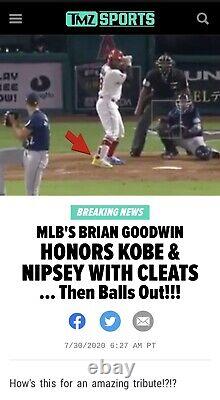 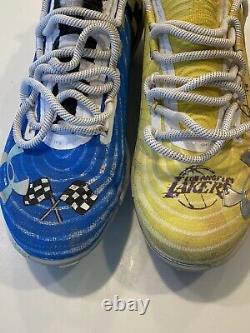 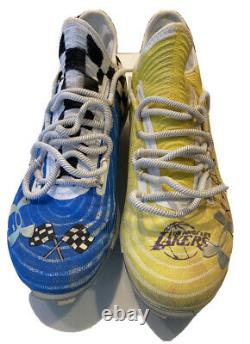 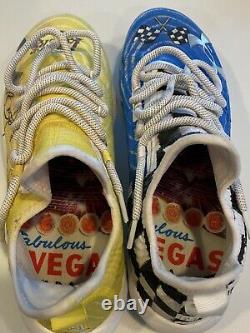 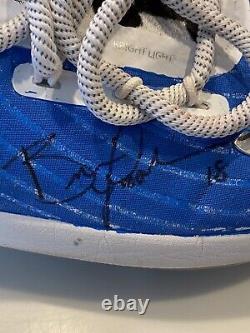 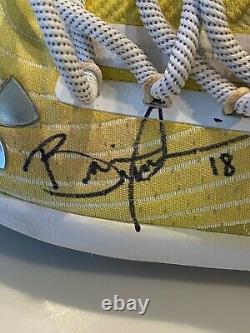 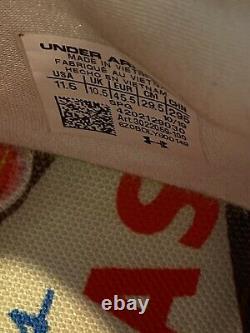 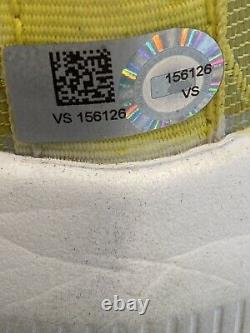 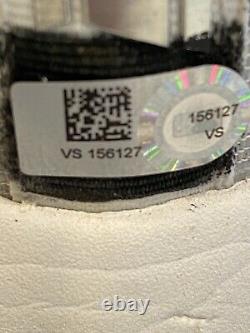 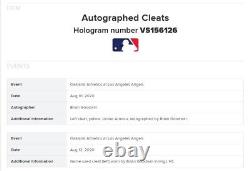 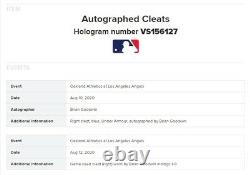 Sean Manaea started for the A's, while Julio Tehran went for the Angels. The Angels won 10-9 behind hits by David Fletcher, Tommy La Stella, Mike Trout, Anthony Rendon, Shohei Ohtani, Justin Upton, and Jose Adell. In the top of the ninth, Brian Goodwin - WEARING THESE CLEATS - replaced Upton in LF. He handled a single from Mark Canha and caught a deep lineout by Stephen Piscotty to end the game.

On August 12, 2020, Goodwin started in LF WEARING THESE CLEATS against the A's. In the bottom of the third, Goodwin doubled off Chris Bassitt. He later scored on a La Stella single.

The cleats are Under Armour brand. The right cleat is predominately blue with checkered flags on the toe in honor of Nipsey Hussle.

The left cleat is yellow with the Lakers' emblem on the toe in honor of Kobe Bryant. Both cleats have a Las Vegas photo for the insoles.

The cleats are size 11.5 in case you ever want to wear them! Please note that these are not the same cleats in the TMZ photo. On July 29, 2020, Goodwin wore the right Lakers cleat and the left checkered-flag cleat. Goodwin hit a home run that game.

I've listed the home run ball, if you're interested. These cleats are the "other" pair, with the left being the Lakers cleat and the right honoring Nipsey Hussle. This item is in the category "Sports Mem, Cards & Fan Shop\Game Used Memorabilia\Baseball-MLB\Other MLB Game Used Mem".